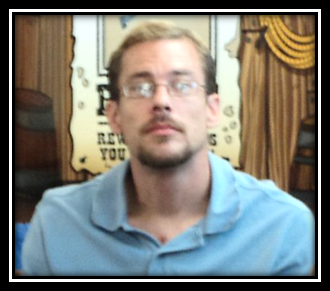 James William Linthicum, 41, of Wichita, Kansas, passed away on September 21, 2018. He was born in Renton, Washington, on October 7, 1976. In August of 1985, at the age of eight, James was baptized into the Vancouver Restoration Branch of the Church of Jesus Christ by his adoptive father, Elder W. Ralph Linthicum. He and his family moved to Wichita, Kansas, when James was 14. The Linthicum family attended Zion’s Outpost, another Restoration Branch of the Church of Jesus Christ, for several years. During that time, James participated frequently in the church services by offering his gift of singing and was an active member of the Youth Department. At the age of 17, James was ordained to the office of priest by Elder Gene Holloway and Elder Ralph Linthicum.

During his adult years, James worked as a security guard and as a maintenance technician for his apartment complex. In 2011, he received a Citizen’s Appreciation Award from Wichita police for his heroic efforts in coming to the aid of a stranger who was being attacked.

James was preceded in death by his adoptive parents, Ralph and Evelyn Linthicum. He is survived by his biological and adopted siblings, his wife Amber, his son Bentley, and many other family members and friends.

Special Music: Go Tell It on the Mountain by James Linthicum (Dec. 5, 1993 recording)

Announcements: Lunch in the Fellowship Hall


An Epitome of Faith
and Doctrine

We believe in God the Eternal Father, and in his son Jesus Christ, and in the Holy Ghost.

We believe that men will be punished for their own sins and not for Adam's transgression.
We believe that through the atonement of Christ all mankind may be saved by obedience to the laws and ordinances of the Gospel.
We believe that these ordinances are 1st, Faith in the Lord Jesus Christ; 2nd, Repentance; 3rd, Baptism by immersion for the remission of sins; 4th, Laying on of hands for the gift of the Holy Ghost.
We believe that a man must be called of God by "prophesy, and by laying on of hands" by those who are in authority to preach the gospel and administer in the ordinances thereof.
We believe in the same organization that existed in the primitive church, viz: apostles, prophets, pastors, teachers, evangelists, etc.
We believe in the gift of tongues, prophesy, revelation, visions, healing, interpretation of tongues, etc.
We believe the bible to be the word of God as far as it is translated correctly; we also believe the Book of Mormon to be the word of God.
We believe all that God has revealed, all that he does now reveal, and we believe that he will yet reveal many great and important things pertaining to the kingdom of God.
We believe in the literal gathering of Israel and in the restoration of the Ten Tribes. That Zion will be built upon this continent. That Christ will reign personally upon the earth, and that the earth will be renewed and receive its paradasaic glory.
We claim the privilege of worshipping Almighty God according to the dictates of our conscience, and allow all men the same privilege let them worship how, where, or what they may.
We believe in being subject to kings, presidents, rulers, and magistrates, in obeying, honoring and sustaining the law.
We believe in being honest, true, chaste, benevolent, virtuous, and in doing good to all men; indeed we may say that we follow the admonition of Paul "we believe all things we hope all things," we have endured many things and hope to be able to endure all things. If there is any thing virtuous, lovely, or of good report or praise worthy we seek after these things.